Loïs: “The lack of comfort and hygiene (…) is greatly compensated by the satisfaction of knowing it is useful”


After a very long plane trip and 3 hours by bus, I finally arrived at the Learning Centre in Ban Tha Song Yang. There I met 3 other volunteers who, like me, had come to teach English to the children of the centre.

They explained to me what they knew about the children. In addition to the children and grandchildren of Gloria, the person in charge of the centre, about 20 children live there, some of them have lost their parents, others are only temporarily deposited there because their family cannot afford to raise them. These children do not have Thai nationality and therefore cannot attend Thai school.

I moved into the volunteer hut/loft on stilts like all the houses in the area to prevent flooding. I unfolded my mosquito net on my mattress, which is essential in this infested area. During the day, it is inevitable to get bitten even if you apply mosquito repellent several times a day. Some mosquitoes can be carriers of malaria (malaria) and it is therefore recommended to take the necessary medication.

The day begins with breakfast at the house of Gloria’s sister (daughter?). We eat rice (unavoidable) accompanied by chopped squash and cabbage. Then, at 9 o’clock we cross the camp to reach a building where we give class to the oldest group. The 3 students (5 at the end) follow the class but have difficulties to participate in the oral and understanding structures in English because they do not necessarily have an equivalent in their language. After one hour of class we go to the church to give class to the youngest group (between 6 and 12 years old). Most of the students have enormous difficulties in remaining concentrated and understanding the most basic notions. After a month of classes and many different pedagogical attempts they still do not master the colours. The children tend to respond at random.

After that we go back to our house.

Around 1pm we go downstairs to have lunch in the house of Gloria’s daughter (sister?): rice, squash in pieces and cabbage.

In the afternoon the volunteers organize activities (football, pearl bracelets, board games,…) and the children often come to play in the volunteers’ room, which is the occasion to teach them sometimes things as simple as making a puzzle.

We also take advantage of the afternoon to take a shower at the river that runs through the camp.

In the evening, the children gather in the church to sing and then it is time to eat the evening meal. We settle down on the ground to eat rice with squash pieces, often accompanied by noodles and omelettes.

Sometimes this daily ritual was disrupted by the arrival of groups of Thai volunteers who came to bring bags of food and all sorts of everyday objects.

After the departure of the other 3 French volunteers, a group of Korean-Californians came to the centre to teach the children about God’s grace: singing songs in His glory, colouring biblical scenes and making necklaces and bracelets with small wooden crosses.

Religion is very important to the people of the center (the Karen people have been fighting for more than 70 years to obtain their independence and thus affirm their identity based on the Christian tradition). For them, it is an escape from an often complicated life.

The lack of comfort and hygiene was personally felt only after about two weeks, but it is greatly compensated for by the satisfaction of knowing its useful presence.

I still thought it was a shame not to be able to eat with the family in the evening, especially after the other volunteers had left, and not to be really informed about certain aspects of the centre’s life. I was sick for a good part of my stay and therefore spent more time sleeping than I wanted.

Finally, I have good memories of my time in this region and of the children at the centre. Not speaking the same language makes communication very difficult and some classes can be frustrating because the children don’t necessarily understand. In July, it rains a lot and this is also a constraint especially for the activities. 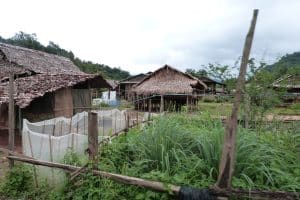 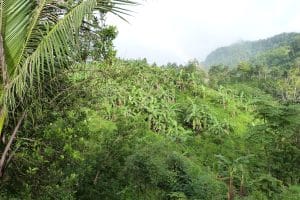